The Science Behind Why You Waste Your Time

You’ve heard it before: we all have 24 hours in a day and how we use each minute makes all the difference. And yet, despite knowing the virtues and benefits of being productive, most, if not all of us are guilty of wasting time.

Social media, procrastination, multitasking, and working on the wrong priorities are just some of the ways we willingly or unconsciously waste time. But interestingly enough, we prefer to do something else over nothing at all.

Before we look at the science behind why you waste your time, we need to first look at why we do anything at all.

We Thrive on Activity

While we’d like to think we look forward to the weekends so we can finally binge-watch our favourite TV series, lounge on the couch, and do “absolutely nothing at all,” science suggests that we actually don’t like being idle.

In one experiment where participants were asked to wait in an empty room for 15 minutes with nothing but a button that sends them a small electric shock when pressed, majority of the participants chose to shock themselves than wait without stimulation.

This experiment corroborates several studies that suggest people would rather take on any kind of activity instead of submitting to total inactivity. However, another study also found that while minimal activity is more preferable, people would not willingly get busy if they don’t have an excuse for it.

You need a reason to be busy

In another experiment, 98 college students were asked to fill out multiple surveys and told that they couldn’t do anything else during the experiment. After finishing the first survey, they were told that the second survey wouldn’t be ready for another 15 minutes. While waiting, they were told to drop their completed forms in two designated locations: one nearby and one further away.

One group the participants were given a choice of a milk chocolate or a dark chocolate sweet in both drop off locations as a token of appreciation.

The students had no excuse for walking to the far location since they could get the kind of chocolate they preferred regardless of where they choose to drop off the form but Interestingly enough, more people opted for the far location suggesting that people will jump at the opportunity to kill time, even for the most inconsequential reasons.

It’s long been the assumption that people prefer to be busy to achieve their goals, but it seems like people commit to certain actions for much simpler, less noble reasons.

So if we rather being engaged in an activity than do nothing, why is it that we put off tasks we consider important and focus our efforts on anything else?

The real reason you procrastinate

The word “procrastination” has its roots in Latin from the verb procrastinare which literally means putting off until tomorrow. But before that, it was derived from the ancient Greek word akrasia which means doing something against one’s better judgment.

University of Calgary professor Dr. Piers Steel believes it as a form of self-harm, which is part of the reason why you feel so bad when you procrastinate. You are aware that doing it is bad for you and yet you do it anyway.

The main reason you avoid such tasks is because of the emotions that you associate with the task. You may feel that the task is boring, unchallenging, or maybe too difficult. Your reluctance to start the task can depend on many factors. You might find the task unpleasant in itself like cleaning the whole house or it may be caused by a more internal sentiment like feeling not capable enough.

In order to avoid these feelings, procrastinators resort to doing some other task that doesn’t trigger such negative emotions. This is what Carleton University professor Dr. Tim Pychyl calls an “emotion regulation problem.” In order to avert the negative mood for the short-term, the individual ends up sacrificing long-term goals.

You see your future self as a stranger

Part of the reason why procrastination is hard to fix, despite being aware of all its negative consequences, is because the human brain is hard-wired to favour your short-term needs. Research shows that you think of your future self as a stranger so even if, logically, you know that delaying a task now would cause trouble to your future self, the brain thinks it’s someone else’s problem altogether.

It doesn’t help that the brain recognises any task that causes stress as a threat, which means that choosing not to procrastinate is actually going against your biological instinct to remove a present threat.

How to not waste time

The bottom line is, procrastination is not about laziness but about emotional mismanagement. You won’t stop procrastinating by simply telling yourself that it’s not good or that there are so many great things you can accomplish if you just stop putting off tasks. The advice, instead, is to get to the root of the problem. Here is some practical advice to help you.

Forgive yourself. When you procrastinate, it’s normal to harbour some ill feelings towards yourself. You may not be aware of it consciously, but it manifests itself in many ways: intense self-criticism, always comparing your progress to others’, being afraid of taking on big goals, etc. Combat self-hatred by learning to forgive yourself. To do this, you need to be able to admit your mistakes and let yourself feel the guilt. And then, apologise to yourself. You can say it out loud or write yourself an apology letter where you admit taking the responsibility for the error along with a resolve for how you plan to do differently when a similar situation arises. Then, read it aloud to yourself.

Be kind to yourself. When you are stressed is also when you are most hard on yourself. Research suggests that practicing self-compassion can actually help you prevent reacting negatively to highly stressful situations. Not only that, but it also helps boost your motivation, improve self-esteem, increase optimism, and other positive emotions. 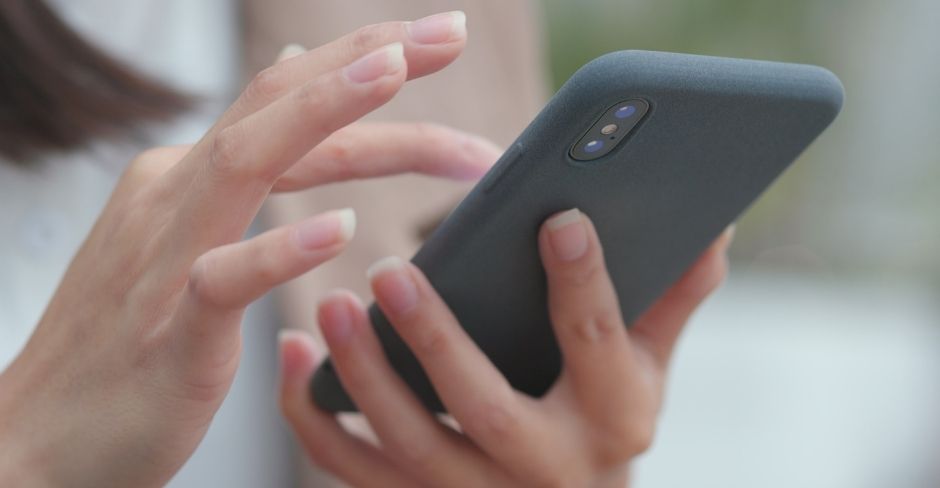 Use technology to your advantage. While technology can sometimes be a distraction it can also be a solution. Downloading a productivity app won’t magically heal your need to eliminate procrastination but it can surely help. There are plenty of ways technology can assist you in getting rid of bad habits. For example, a visual goals tracker can keep you motivated by showing you how much progress you have already made on a goal instead of highlighting how much work still needs to be done. Similarly, a simple reminder tool can help you stay faithful to your routine. These are simple but practical ways that will make it easier for you to maintain your fidelity towards the important objectives.

Think about what you should do next. The next time the temptation to put off things arises, try making it a habit to think about that one small thing that you can do that will bring you closer to completing the task. Often, a task overwhelms us because we think that they are much too tedious. But simply opening that email you’ve been avoiding or reading one sentence from a five-page document that you need to edit, makes a powerful statement about self-discipline.

Follow a routine. A routine is an excellent grounding mechanism that saves you a lot of mental energy. It also cues your brains towards important tasks during the day like going to work. If you need help preparing mentally for important tasks, having a routine that will cue your brain to focused attention is a useful technique.

Allow yourself to waste time intentionally. Boredom has its virtues. It allows you to take a break from the stress of life, revitalise, and refuel the creative juices necessary to keep you going. So, schedule a break and permit yourself to do nothing at all. It will be hard, and your mind will crave any kind of stimulation, but it will be beneficial for your sanity and mental health.

As we have established, wasting time is not a matter of logic but of emotion. You waste your time simply because you want to avoid that emotional pain you associate with the task. Because it’s an emotional issue, telling yourself to wise up just won’t work. It requires work and the necessity to direct kindness your way.

The next time you feel the need to put things off, think back to what you now know. Remember that you are armed with the ability to choose, but also allow yourself some degree of error. It is a hard habit to break, after all.