How to Help your Kids get Organized and Learn Positive Habits A couple of weeks ago I was interviewed on a local radio station for the launch of my book Chaos to Control. The show’s presenter was fascinated when I told him I have morning and night time checklists for my kids aged 6 and 8. He asked me was I not taking things a step too far.

There I was, sitting in the studio neat as a pin looking like Brie Vandicamp (from Desperate Housewives) and I thought to myself, this guy really doesn’t know me. He doesn’t realize that without these little routines and systems I have created that my life is uncontrollable chaos. But I sat there up keeping my image of the calm, in control mother who works from home half her week and has systems and routines set up to control the instinctual animals that are her boys.

Morning time was mayhem; one of my boys has an allergy to morning times and tries without too much effort to bring us all down to his level. Fighting, nagging, stress a.k.a Mornings! Have you made your beds? Have you brushed your teeth? Don’t throw your pyjamas on the sitting room floor; put your breakfast dishes in the sink, sound familiar? And it’s not just once we have to say these things it could be five times each instruction and maybe five times each child, my stress levels are rising just thinking about it!

One morning I thought to myself, as the nervous breakdown beckoned, what if I stop shouting and nagging and put my energy into creating a list of all the things they have to remember in the morning, this will save my sanity and help keep the boys calmer and more in control of their own lives.

It worked so much better than expected, I couldn’t get over how excited they were at 6 and 8 I thought they would laugh at the idea but they embraced it will full enthusiasm. One of the first evenings after we introduced the checklists my eight year old was getting ready to have a bath and he came into the bathroom full of excitement and said “oh I love lists, hang on I just have to tick the box I’m getting my pyjamas ready for after my bath” Wow this really works.

So the message for today is routine, kids love routine they thrive on structure and stability and routines give them that. The comfort of knowing what comes next and even better if they have the control and responsibility. They have the power to make the choice what to do next.

Such a simple technique has had profound effects on my life, believe me when I say that this simple change has probably had the biggest positive impact on the whole family in the past year.

If I have to be honest the enthusiasm from my 8 year old is waning as the secretary in his school will tell you he has forgotten to pack his lunch in a couple of times this month. Now maybe you think that is my responsibility but at eight I believe he should be responsible for his own school bag and on his checklist stands: Lunch in Bag.

Being impatient like his mother he has a tendency to check the box before even doing the task in an effort to save time. I think I may have to move the checklist to the next level and include a reward system. Yes that is correct; I managed to have this without a rewards system for a couple of months, the only motivation for completing the list being the gratification of ticking boxes. Maybe it’s time that their hard work and dedication is rewarded, I’ll try anything as I certainly ain’t going back to the previous system: CHAOS 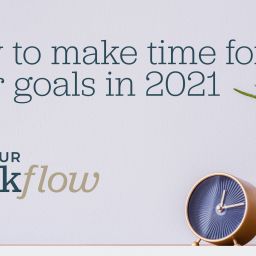 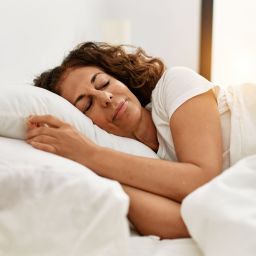 Tips for Better Sleep Hygiene To Improve Your Health

After a long day at work, it can be tempting to stay “on” and continue working well into the evening….

“Ten minutes a day can write a book” This was the soundest piece of advice I have ever received;…

When life gets busy you may feel like you don’t have enough time to fit it all in. Here are the things that have helped me to be able to study, write book number two, work and raise a family all with a smile on my face (even if it is sometimes false!)

0
27 Jun 2016
Ready to Write the Next Chapter of your Autobiography?

“You are the author of your own biography” Robin Sharma It’s that time of the year, time to plan the…

One of the biggest problems people come across when it comes to making positive change in life is the maintenance….

Need to take control of your home or work environment? Start by decluttering and eliminating all that is unnecessary and then create a space for everything that is important or necessary to keep. To read more click title

This is a great post! I don’t have kids, but I love to watch your process of figuring out how to save your energy as well as modeling great behavior and problem-solving skills for your kids. It’s a good reminder to step back and see if there’s another, less chaotic, way of doing things. Great!

Thanks Bobbi, I’m trying hard to simplify my life everyday and this simple checklist was a giant step in the right direction !

Wow Ciara. I don’t think I ever would have thought of the concept of a check list for my kids. For any time of day or really any activity.
But now that you’ve introduced me to it I can totally see myself doing this once my (19 month old) son is a bit older. Even if you told me this experiment was a total train wreck I still think I’d give it a go.
I’m sure other people came up with the idea first but you’re my introduction to it. So when this works swimmingly when Grant is 6, I’ll have you to thank. 🙂

I know it sounds a bit wacky and extreme but as long as you do it in a fun way everybody benefits! Personally speaking I will try anything that makes my life a little easier! I hope Grant will grow up relaxed and calm and won’t need to be ticking boxes! 🙂

What a great idea Ciara! And good to get them started so young when they still find such things fun and exciting. By the time they are older they will like the routine of a checklist. I think simple solutions like this work so well with the chaos of kids. Plus you are teaching them important life skills that will serve them well.

Fabulous idea Ciara. I also love the idea of a reward system as well for extra motivation. Glad that your chaotic mornings have been transformed!

Thanks Sarah yes hopefully they will grow up knowing the benefits of being a little bit organised!

I’ll have to find a way to stop the brotherly fighting now and then my mornings will be really calm!

Great idea, Ciara! Way to take your frustration and chaos and turn it into a system that works. 🙂 I don’t have kids, but I think I could apply this too – my memory can be a little iffy, so if it were all right there – perfect!

Hi Kaylee you can’t beat a checklist to get things done! You can create checklists in Evernote too do you don’t have to keep recreating the lists. If you find yourself forgetting things maybe there’s too much in your head? You may benefit from a weekly Mind Dump.

Great post Ciara. I only have one child left at home and she’s crazy about lists. She writes them for me, I love it!
One idea for our boys could be to get them involved in making the lists. I receive a weekly newsletter from the director of a school for blind children. For the older ones that now live in an apartment, they have made them tactile lists for their morning chores (i.e. teenie tube for teeth brushing). I’m sure you they could great fun making a new list themselves and it would help them remember what they have to do.

awesome, I deletedly used this when my kids were little, we had stars rather than check boxes, but followed the same principles. it works really well in this age group for sure!!

This post brings up nightmares of my youth… but in retrospect it was that hell that gave birth to the current me, whom I am quiet proud of.

re: reward system, if you want to go the hell route, you can borrow a page from my parents.
They did not allow me to access electronics unless I had sufficient points (we used a bowl full of quarters to represent points). Completing my assigned tasks gave me points, not completing them and using electronics used up points. The way the system worked, if I was a perfect boy I could get at most 2 hours of electronics use per week. Again in retrospect, it was this reward system that shaped my current love of books.

At the same time, that system caused strong feelings of resentment for a long time. I’m thinking you’re going to use something more moderate 🙂

Hi Amit, I hope the post didn’t bring back too many unpleasant memories! Yes I think your parents system is a little more extreme than mine, positive encouragement no negative outcomes.